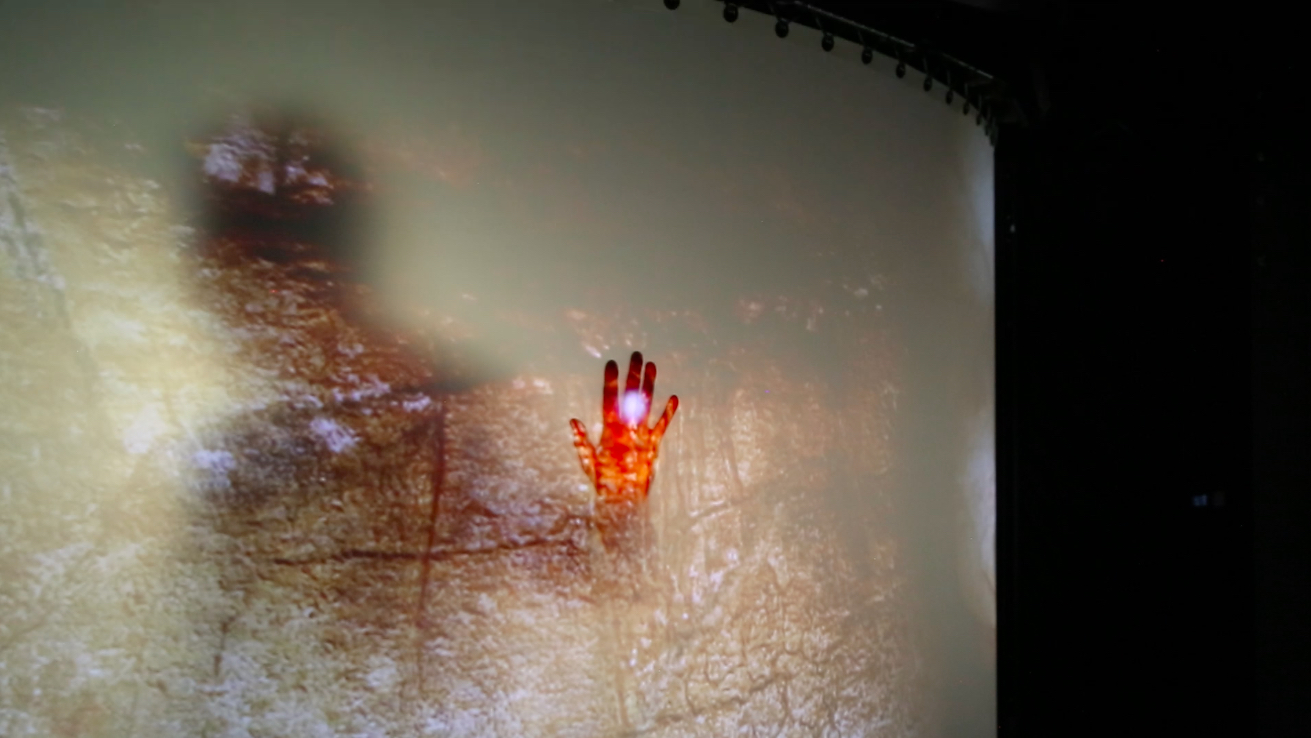 "You, who have a name,
you who are endowed with identity,
I love you with an indefinite love.
For 30,000 years,
I have been screaming,
facing the sea, the white spectrum.
I'm the one who shouted that she loved you."

The exploratory research project Les Mains Négatives serves as an experimental apparatus for observation and analysis of gestures in relation to a poetic agency made out of images and sounds. It thus becomes both a carrier and a witness to the traces of a cosmography.

The negative hands appear on prehistoric cave-walls, they are alive in aboriginal culture, and also figure in a transposed manner in graffiti and digital arts. Within the interactive media-space of the Immersive Lab the painting gesture is re-performed as a living experience. Visitors are exposed to an archive, which is manifested in the digital forms of a fluid iconology. The apparatus enables complex structures to become visible and accessible to the interpretation through gesture interaction.

As an echo to Aby Warburgs Mnemosyne Atlas, the exploratory actions of the artist-researchers and the public, engender a re-mediation of the archives. In a cyclical process of investigation, interpretation, and construction, the various materials migrate between the digital and the physical bodies. How can a technological apparatus manifest the performance of a gesture that is 40000 years old, through an iconological process?

Within the interactive and immersive configuration of the apparatus, the ontological state of the archives is augmented with an altered epistemic plane. The materiality of the archived objects, as well as the fluidity provided by the interactions contribute to the performance of meaning. This mise-en-oeuvre generates an artistic object, whose primary basis is knowledge production through aesthetic experience.