an interactive installation with abstract images and electronic sounds. 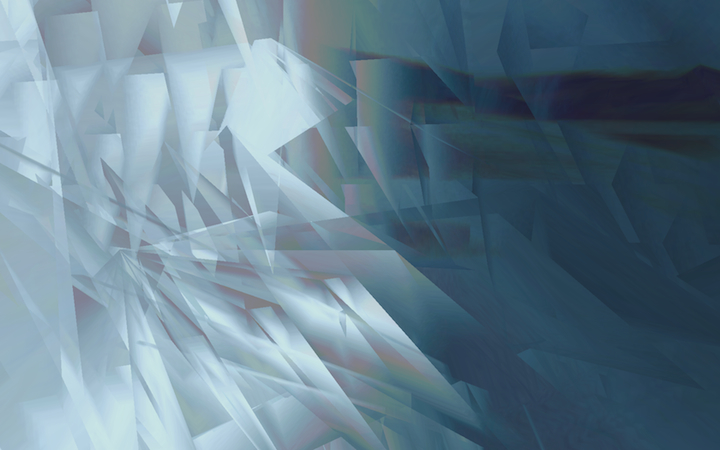 a short video of the <>tag gallery opening

“… an orchestration of crashing bricks extracted from a variety of disclipinary edifices. They
carry traces of their former emplacement, which gives them a spin defining the arc of their vectors. The vectors are meant to converge at a volatile juncture, but one that is sustained, as an open equilibrium of moving parts each with it’s own trajectory.”
Brian Massumi, foreword to “a thousand plateaus”

the focal point of the installation at <tag> lies on the relationship between
the visitors and an abstract audio-visual world, the intersection between the space of a person in the room and an imaginary geometrical and acoustical space.

an abstract world is created in real-time by the means of generative drawing and electronic sounds.
the visual and acoustical processes depend on the interaction with the visitors to evolve but are also partly autonomous using information obtained from various sources on the net.
the images represent an imaginary space in which relationships between entities are visible. it's a shifting scenery with a strong graphical look like a painted film.

two layers of media appear in the installation: one consists of prepared footage and audio-recordings from urban and architectural spaces, the other are images and sounds from the actual gallery space.
these are mixed, modified and projected as fragments and textures into the imaginary space.

the gallery is being modified in such a way as to guide the visitor’s attention from the actual to the imaginary space. Two images, one large, one small are present as well as an immersive surround sound system.
a semitransparent screen divides the space, creating a path which the visitor can take, from an “outside” with a single view to an “inside” where all elements of the installation are present.